Please select the type of assistance you require

Daughter Board, PiFace Relay Plus, For Raspberry Pi Model B Plus, Four Relay Outputs 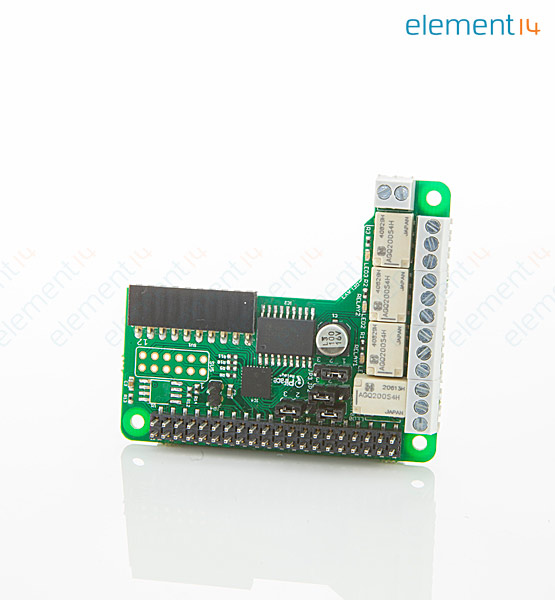 PiFace RELAY+ is a HAT compliant and stackable quad relay output daughter card providing for simple on/off control of loads up to 1A DC from your Raspberry Pi programs. Works with model B+ and newer Raspberry Pi models with a 40pin GPIO header. Get a huge amount of expansion, by stacking up to eight PiFace RELAY+ boards together with an expander board plugged into each. HAT (Hardware Attached on Top) compliant to work with future Raspberry Pi models and other HAT compatible daughter boards. PiFace RELAY+ comes with pillars/stand-offs to support and mount on top of the Raspberry Pi and an extended 40-way connector. A downloadable suite of Python based software is available allowing users to interact with any connected devices.

Only Compatible with Raspberry Pi A+ and B+
X